Sleets Gill is a place I don't think the club has ever been to before (at least not in the last 17 years or so, according to the trips on the website), but after a recommendation from both John H and Northern Caves (which described it along the lines of "the finest cave in the area"!), Ade and I were sold, and quickly picked up some more recruits.

It's a great little cave, though one strictly reserved for dry weather! I have seen pictures/videos of the cave resurging, and seeing the amount of space/height that has to be filled up for this to occur, well, it's mental. A sobering thought.

The entrance goes down a steeply sloping ramp for about 20 m before a couple of squeezy crawly bits to emerge in a short rifty section. A couple of side passages go nowhere and the way on is a short crawl to the left at the end of the rift. A bit more easy caving leads to a chamber with a junction. Right leads down to the Wharfedale sumP; I'm told that if this is flowing, make an about turn and run for it. To the left is a short stoop through a large puddle which pops out at the start of the impressive Main Gallery. This large passage goes on for about 400 m past several nice mud and calcite formations. The passage almost has a mined feel about it; it's quite square in shape in places and is fairly straight throughout its length.

Towards the end of the main passage is the way down to Hydrophobia - a series of wet narrow passages (which easily sump so require extreme caution and very settled weather) which lead, after a short free-dive, to the upstream sumP and the Ramp. Looking on the survey, the Ramp looks enormous! I'm sure it's an impressive sight and I wouldn't mind going back to find it one day, but on this occasion none of us were in the mood for what sounded like pretty miserable caving. Instead we turned back at the end of the Main Gallery, stopping for a few photos on the way. Annoyingly, after spending ages setting up a shot of the passageway, I discovered that my camera lens had totally fogged up, resulting in a very blurry picture; that'll teach me not to dry it out between trips! Thanks to everyone for their patience regardless. Despite photo faff, we were underground for less than 2 hours, so it would make a nice easy Sunday trip.

NB. This was suggested to a group who then went the next day. Apparently they all thought it was rubbish, but it sounds like they didn't manage to find the way on and turned back fairly near the entrance so missed out on the Main Gallery. I would still recommend it, so long as the weather is settled. 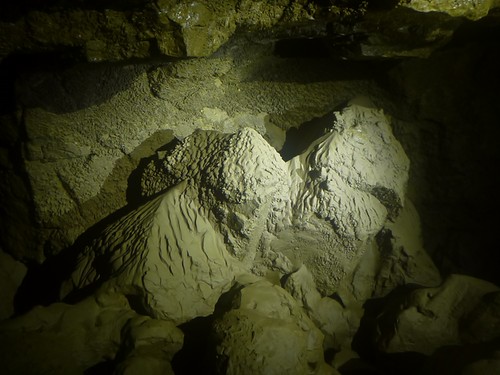 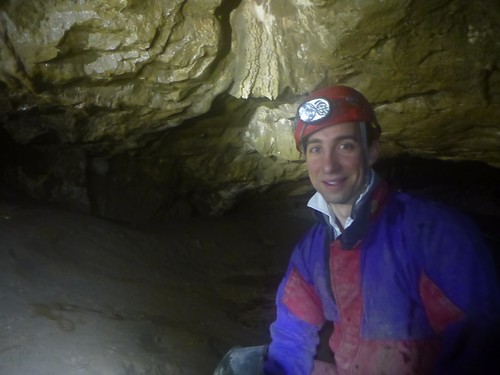 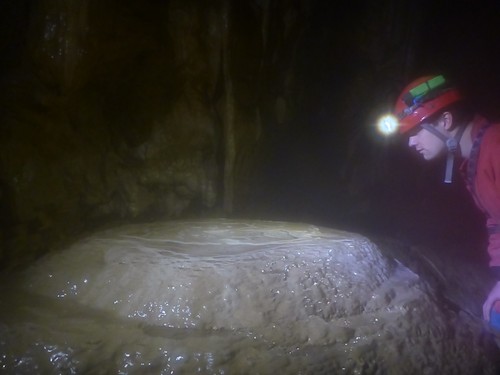 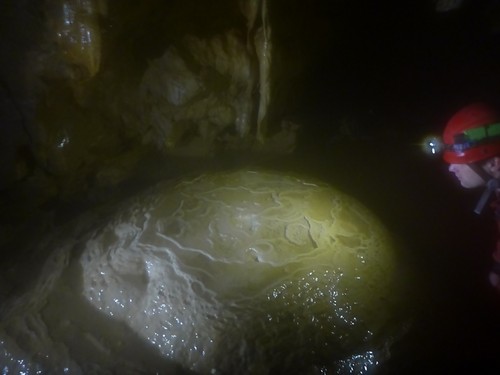 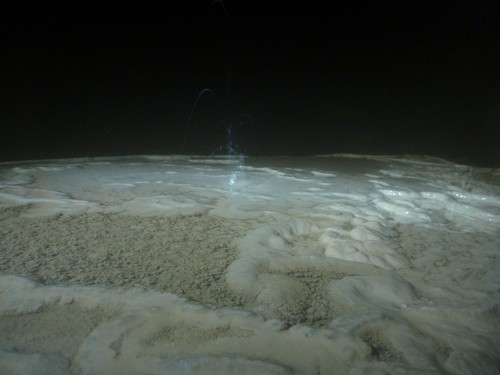 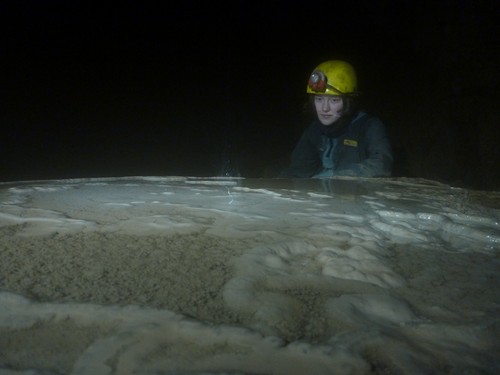 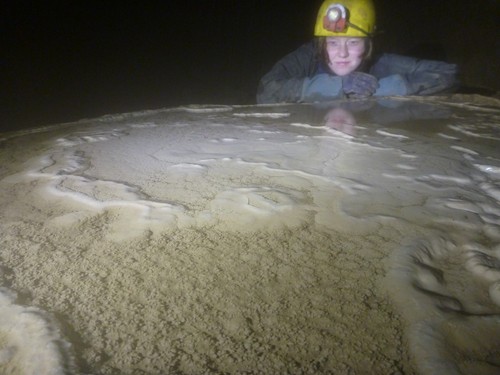 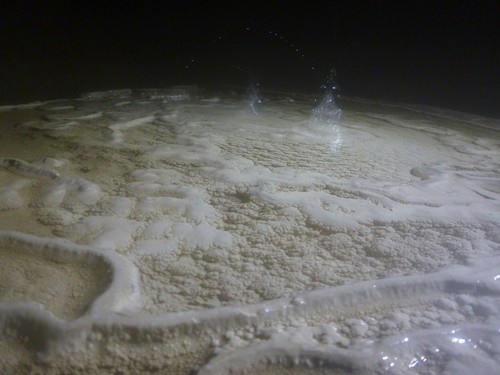 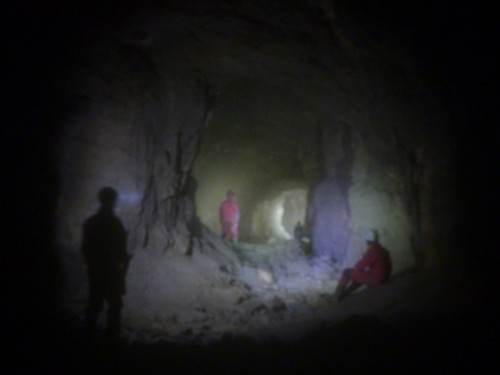 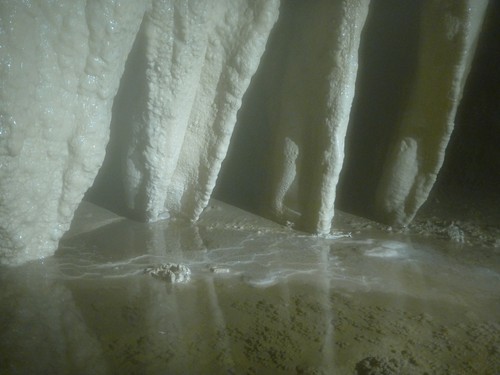