This was a great trip that definitely exceeded my expectations.

Despite the freezing cold rope-packing session in the morning, the change on Leck Fell was surprisingly mild despite the snow cover! We located the entrance fairly easily and after a look around various ways down, Gover found that the correct way is down the far side from the stile to reach the rock bridge.

The first pitch was a bit muddy & cold, but soon after we were down the second pitch into the cave itself and almost immediately we reached the third pitch which was down a slightly dodgy slope with what looked like a fair amount of structural scaffolding! We'd agreed that Gover and Louise would head on to the next pitch, with George, Tom & I following once we were all down the first 3. The streamway after the 3rd was really pretty but it needed care (especially for George being somewhat taller!) to avoid knocking any of the numerous stalactites. Apparently turning right here leads to a few more well decorated chambers, but as we were trying to catch up with the others we carried on along the streamway.

On reaching the climb down, we followed the description & headed 10 back upstream and took the passage on the left for an easier way down...about 200 yards of walking later we were pretty confident this wasn't the way, so back we went for another look! By this time the others had come back to meet us and pointed out the way we should have gone - about 3m back from the climb is the actual route (I stand by the description being wrong, not me!) The next 2 pitches were really quite impressive with the head of the 4th being a bit exposed. Waterfalls on each pitch meant for a slightly damp descent, but rebelays and a fairly tight deviation on the 5th kept us out of the worst.

The bottom of the 5th was a fairly cold, wet and windy place to be so we headed straight back up, Gover, George and Louise first, leaving me & Tom to derig. This all went fine until Tom reached the top of the 4th pitch having not been able to undo the krab on the rebelay half way up. I had an abseil down, hoping that with my superior weight I'd maybe manage, and after a fair amount of bouncing on my cowstails I was just about ready to cut the knot and leave it, but after one last jump it finally came undone. This sorted I prussiked up once again and we carried on. At the top of the final pitch I realised that it was now twice in 2 trips to Leck Fell that our entrance ropes had been frozen, so scraping off the ice as I went I emerged into the freezing evening. It's safe to say that the change in the evening was somewhat colder than the one earlier!

Next time I'd love to see the chambers we missed - definitely a permit we should get again! 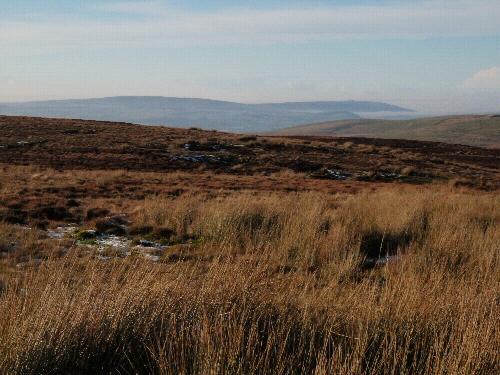 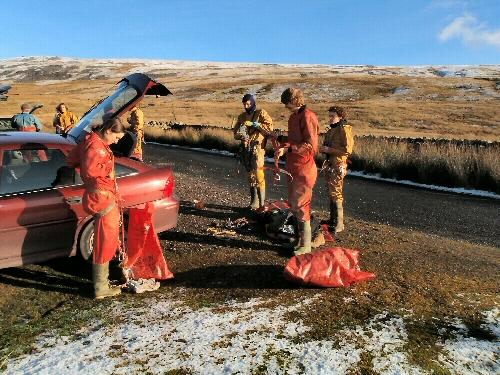 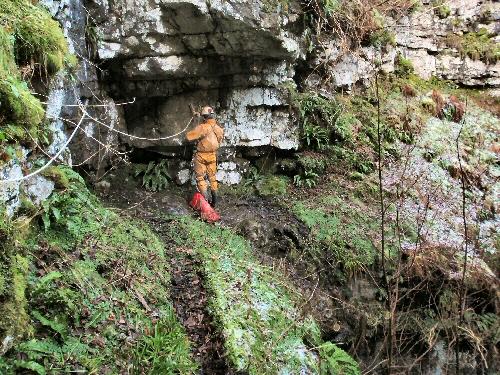 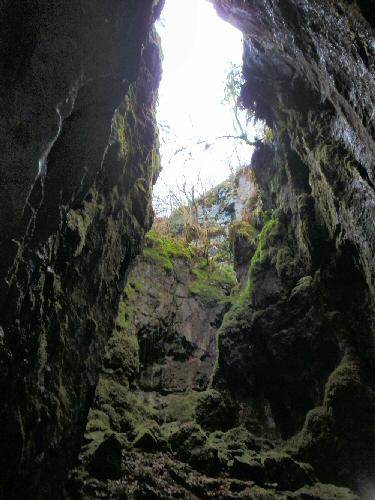 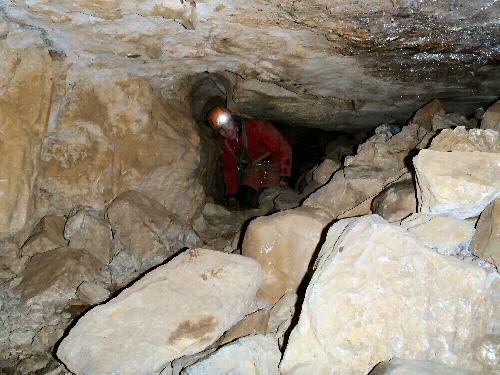 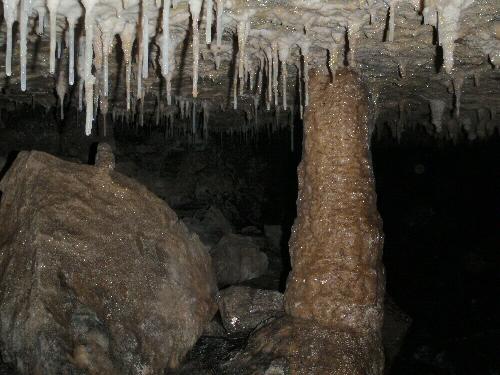 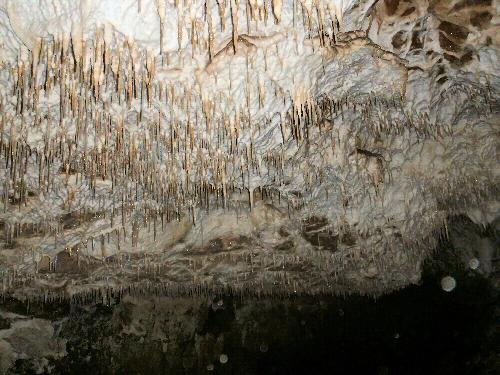 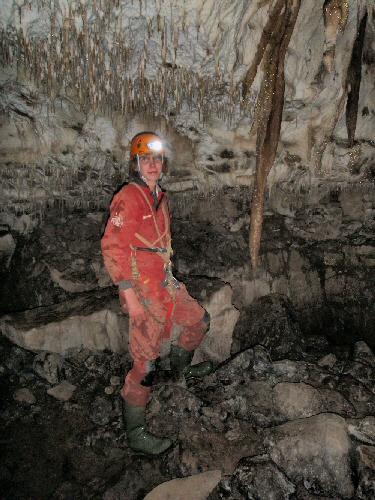 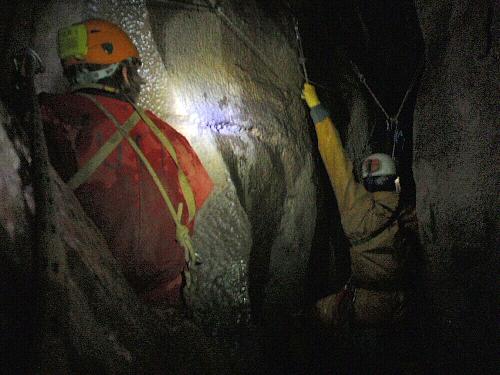 Other YUCPC reports on Gavel Pot