It all started as any other faffstatic YUCPC day trip. We met around 7am at the store and despite the everlasting faff the packing was sort of efficient which meant that “soon” we were all set to go. Or at least that is what I thought at the moment. But I do not want to rush or anticipate the events so let’s continue with the story. We met Peter, Hannah and Fabio at Inglesport and went for some greasy, tasty breakfast. Here Mads and I also discovered our new fav caving passage: The glory holes. Fantastic. After assembling, the plan was to make an exchange trip from Lost John’s to Death's Head so we drive to Leck Fell and started to change our clothes with the idea of being underground before 1pm. Although sunny, I think that we all were instantly put off by the roaring, freezing wind. I even recall seeing a ghost car parking next to us just to disappear within seconds. Now, saying that I did consider running away as the other folks did once I felt the chilly breeze would be an understatement, but I hadn’t cave since Christmas and really wanted to do Lost John’s so… Roses are red, violets are blue, I love caving and hypothermia too – needless to say I started unbuttoning my shirt.

Here is when the adventures started, as once I had my oversuit on I struggled to find my harness. At first I didn’t worry. “Bah, it’ll be there somewhere”. As surprising as it may seem, my harness wasn’t there. Oh snap. “Jean-Luc, guess what…” “What have you done” “I don’t have a harness (cries in Spanish)” “Maaaartin, you fu***” And the rest is history.

Life is tough, especially when you are a forgetful twat.

Hannah and Fabio needed to catch the train back to York so we were slightly time limited. We decided to avoid the exchange trip and go just down Lost John’s instead. I decided to go for a walk. And boy, what a walk. So in case you were asking: yes, this is my first trip report and it’s not even about caving.How about that? Again, sorry.

At first, I wasn’t sure where my steps were going to take me and so I decided to play with the sheep for a while. Someone could argue that my definition of playing fits more with what the general public knows as spooking. I particularly enjoyed the fact that some of the sheep apparently could not get over the fact that ice is somewhat slippery so they kept running, sliding and falling at a surprising high pace. They looked dazed and confused and did not seem to appreciate my laughs on such a serious matter as icy sliperyness. After some uncomfortable looks they opted for aggressively bleating in my direction.

Anyway, feeling slightly rejected by my fluffy friends I looked up and saw a fine mountain. So I decided to climb it. Just like that. Up there I found several funny looking piles of stones. Surprisingly enough I had phone signal so I tried to search on the internet my actual location. My efforts (or should I say Mr Google’s) weren’t really fructuous as according to the GPS I was currently floating in the middle of the Killington Reservoir somewhere in the Lake District. Nice. After some further research I was able to find out that I was apparently in the steep of mount Gragareth and that the stone cairns were called the “Three men of Gragareth”. I also found what seemed like a pretty good walk to Great Coum. My first goal was to get to the summit, but unfortunately for me, millennial, all the indications used cardinal directions. Bollocks. I was doomed. After several minutes I was pretty sure I had identified the East properly. Good. I proceeded to continue my ascension. Without any clear marks nor track I started to feel very unsure of my orientation skills. However, my tribulations were shut down when I spotted what looked like the trig point. But picture my disappointment when I realised it was just a bunch of rocks. Two times devastated by my inability to bring a harness to a caving trip as well as follow simple indications I sat down next to the the fake triangulation point to protect myself from the shaky wind. At least the views were majestic: Ingleborough at the back and Whernside in front, I could even see the sea preceded by the Kent Estuary! As I got up I was surprised to found the trig point hiding behind the impostor. Great, I thought, at least I’m not completely useless. I kept on walking until I reached the ridge and what according to Wikipedia is believed to be "one of the highest dry stone walls in the country." I accept that. Here, I found several hikers who were obviously surprised and slightly concerned by my irreverent persona. Bear in mind that I was walking near the summit singing some Buena Vista Social Club Cuban songs. It is worth noting that whenever I sing, it just doesn’t look like I’m really singing. So imagine yourself at 2060 ft in the beautiful English countryside and suddenly a university student wearing jeans appears out of the blue talking to himself as a fu***** psycho. This is why I just whistle in caves. As soon as I saw them I decided to stop singing but obviously that only made the situation even more awkward so I kept walking until I reached some icy moorlands where I manged to not fall nor sink in.

It was already quarter past four when I reached the top of Green Hill. Slightly worried about the sunset and not fully trusting my orientation skills in the dark I decided to head back to the cars, not without taking some nice pictures of Bullpot Farm and the Howgills before. Once at Peter’s car and after localising Lost John’s entrance I proceeded to explore what Lancastrian Radio Stations had to offer. Imagine my surprise when I found out that for some random reason Peter’s Corsa was able to get BBC Cymru signal straight from North Wales: totally worth it. Listening to some Cambric bangers and taking more pictures of the beautiful Dales sunset I waited until the first cavers arrived. All of them seemed quite happy and so was I. Still, they were lightly put off by the cold weather and so I decided to soften their suffering with some Punjabi Radio music. It felt good to be the hero of the day for once. Eventually, the de-rigging team made it back to the surface. After getting fully changed and awarding Peter with his legendary brand-new YUCPC official woolly hat we were good to go. Jean-Luc thoughtfully decided to stop in Skipton to fill our empty stomachs, which effectively gave us a fantastic opportunity to discuss important hot topics such as Peter Jackson’s pre-The Lord of the Rings stuff and Ugandan Knuckles memes.

All in all, another good day in the Dales. 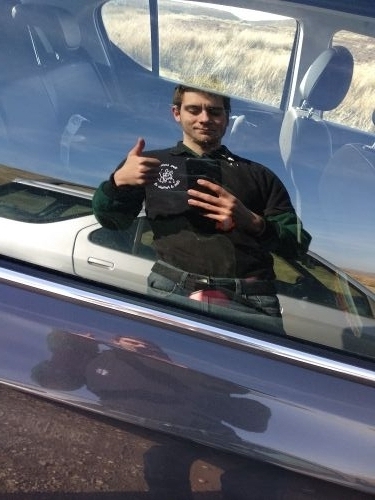 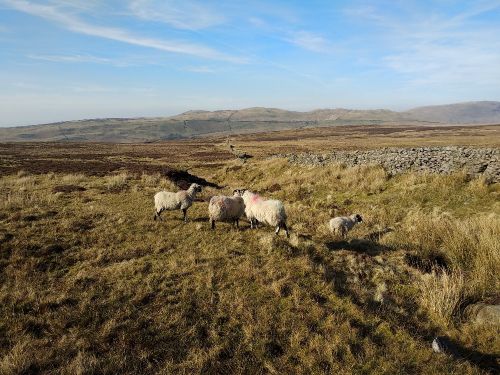 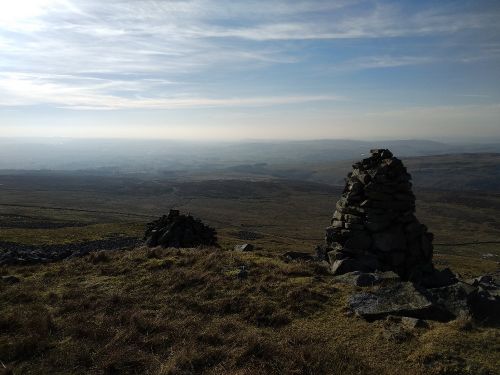 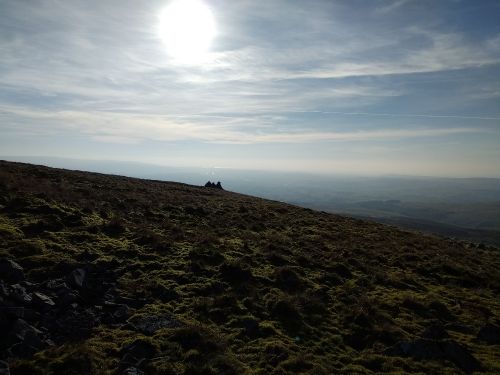 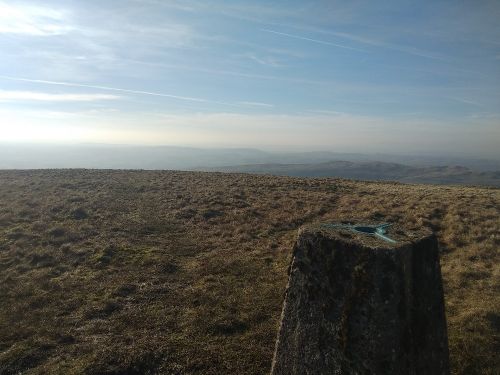 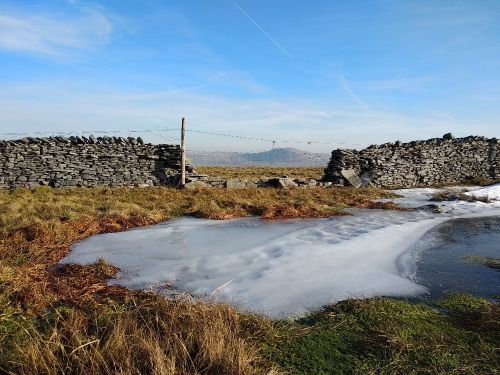 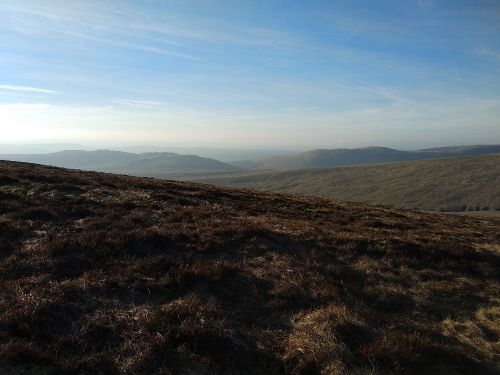 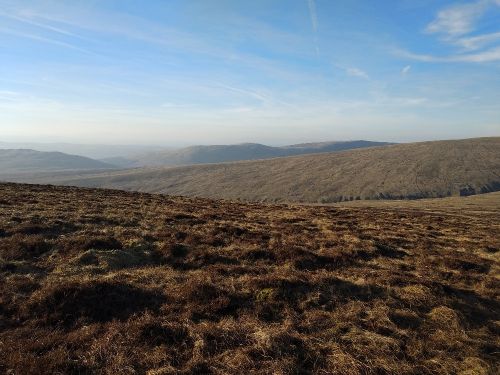 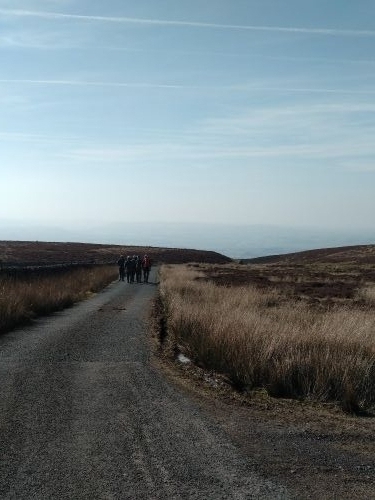 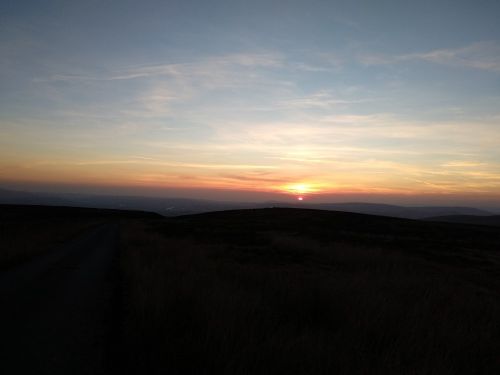 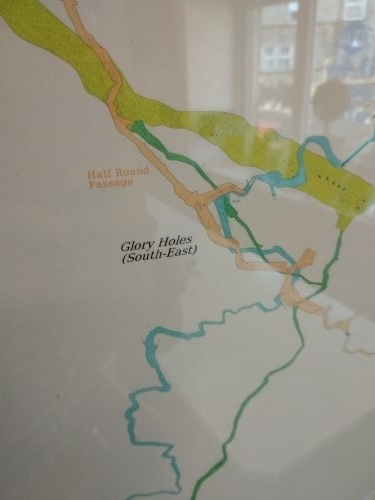